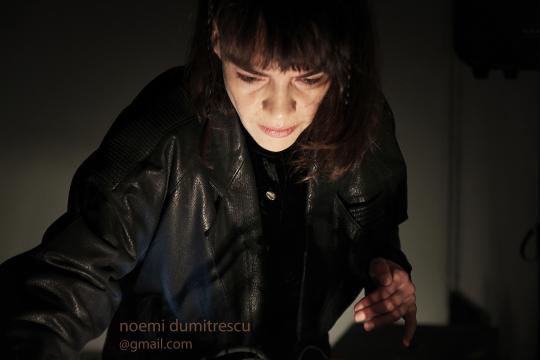 In 2009 I began an investigation into the Antarctic territories. I was recording unperceivable sounds through the use of transducers. While I was staying at Base Prat in Greenwich Island I thought of the accumulated discourses, of the intensities related to scientific investigations and geopolitical treaties mapped over a place with such unusual configurations as Antarctica.

A concept of a system of coordinates can be read in The Ticket That Exploded, a work by William S. Burroughs (1967) with contributions from Brion Gysin, Michael Portman and Ian Somerville. The book was developed mainly out of the permutations and juxtapositions executed over a pool of written material (2). Nova criminals are described in The Ticket That Exploded as non tridimensional organisms active as systems of coordinates that unfold throughout the “addicts of the world” and other confluences. (3)

The basic Nova technique is very simple: Always create as many insoluble conflicts as possible and always aggravate existing conflict – This is done by dumping in the same planet life forms with incompatible conditions of existence. W.S.Burroughs (1962) The Ticket That Exploded, p.55

I propose that there are forms in the text, such as systems of coordinates emergent in the cut-ups, juxtaposed and permutated text, that evidence reduced subject-object distinctions. These systems of coordinates are networks that contain angles, and degrees of deviation or separation, so that, from degree 0 in perception, meaning the total fascination and loss of boundaries, to those angles within the systems of coordinates that spread over into the tissues of predilection.” (4) 0 degrees of total immersion is the instantaneous multidimensional. Word pushes us away from degree 0. That degree 0 is the fully libidinal place of fulfillment.

Burroughs asserts that the same infectious organism, the “word virus”, is a key to having access to Operation Rewrite (5), since, because everything is pre-written (6) and pre-recorded, (7) it is possible to access the pre-recordings. I now will introduce the concept of the “instanta-exploration of systems of coordinates in the juxtaposed text, as this serves as an interface with which to explore landscape, since it is executed to become an index of site. The exploration takes place through a completion of degrees.

Degrees of separation between the subject and the object, the writer and the writing, landscape and the self, the self and “The Other Half”. Burroughs, in The Ticket that Exploded, asks, “You know about the logos group?? and describes them as discharging “engram tapes” for domination (8) Alien secret groups and bureaus clear and discharge strains of viral infectious words, with sequences to control human affect. (9)

The process of “word virus” infestation can be compared to a process of indoctrination such as the promotion of an ideology. Fredric Jameson (1981) points out that Althusser’s concept of ideology is “a representational structure which allows the individual subject to conceive or imagine his or her lived relationship to transpersonal realities such as the social structure or “the collective logic of history”. (10)

The infestation of the “word virus” described by Burroughs may be seen as a simile for the operations of scripture performed in late antiquity in relation to the Old and New Testament that Fredric Jameson uses as a proof of a large project of indoctrination, in the medieval and
patristic system known as the four levels of scripture, which was used, “as a strategy for assimilating the Old Testament to the New (...)” (11)

These operations of rewriting the Life of Christ as a re-writing of the Old Testament seem, according to Jameson, to have been based on a system of categories. Thus writing and re-writing might be seen as a technology applied to scripture. “It is precisely by way of the moral and anagogical interpretation (the collective “meaning” of history) that the textual apparatus is transformed into a libidinal apparatus”. (12) Once libidinal, contagion is widely spread as the need is established - A kind of “full spectrum dominance” (13) operates instantaneously from inner speech to the Nova Police, with the police working through your inner speech. Burroughs relates domination to lines of pleasure and the “algebra of need”, a series of cycles related to scarcity, satisfaction, fear, withdrawal and waiting. (14) Burroughs describes virus domination spreading through vibrating photos, flicker ghost, spliced recordings, engram tapes, juxtapositions, the other half, permutations, pattern pulsing, remote mineral silence, writing machines. The sequences of relations, established by the method of the four senses, convert the particular into the universal, daily life into human universal history. It is an algorithm, it is software performed over words that have since then been repeated over the centuries. Those words, the scriptures, transported a logic, a virus, as Burroughs named it, an infectious logic of ideology. They are streams of words that, for Burroughs, correspond to a form of alien invasion, or a “biological mutation”. The nature of these alien invaders is polymorphous, sometimes “alien”, sometimes undercover police agents, an “inflexible machine”, a mixture of radioactive vapor bureau officers. (15) Nagasaki - Injury Headquarters - Dual mammalian structure - Hiroshima People - Or some disgusting officers produced the rest of it. (Burroughs, W.S. (1964) Nova Express. p.37).

The idea I propose is that text can be used to interface landscape, placing text against landscape or over it , becoming a mold of the real, being itself an index, a system of coordinates that parallels the multidimensionality of each site. Text molds the “instantaneous multidimensional” , redacting it into a mold of a face, the traces left in topographies, traces of history, and in the particular case of Antarctica, and many other remote unaccessible places, traces of empire. I will take my work, A common element (2013) (15) as an example of such performative text and propose it as a mimetic interface to the instantaneously multitudinal in the Antarctic landscape.

From time to time the murmur continued. The sound also took the form of a continuous screeching or jingling comprised of many overlapping high-frequency whistles. The Very Low Frequency emissions involved in this universal interweaving. With the exception of sounds produced normally by natural noises, they are called Very Low Frequency emissions or VLF ionospheric noise. (...)

Nature and influence of VLF emissions using unusual society-community teams. The evidence is strong that VLFenomenology emissions in electro-magnetic space are complex political geo-messages remaining with no explanation. Various theories have brought up the presence of charged particles in the outer ionosphere.

Guided missiles, flee with amphibious submarines. North American Rockwell World War and the discovery of the magnetosphere was present during testing and in the way the sky lit up at night. (…) Report in itself : the Garrett Corporation has designed the motors - They bounce between the earth and the ionosphere and occasionally they take a ride in military planes; General electric has its own think transcender in order to reach the earth again in the opposite hemisphere. Hewlett-Packard company “radar control” Jet propulsion laboratory; Littletown Industries build arching over the equator, whistlers and globetrotting signals, signals of assault ships and orientation and fire control systems, from the initial explosion of a bolt of lightning they unfold, forming a glissando.

(...) Quasi-musical sounds with audible frequencies like a faint jumble to World War, North American Rockwell at 1500 cycles per second. It is the property of being directionally dependent or toisotropy of millions of U.S. dollars. It has been observed in the high performance intercosmos satellites called TEMP running guided missiles and advanced amphibious submarines.

Alejandra Perez Nunez is a noise artist and performer working with LINUX and Free Open Source Software tools. Since 2005 she has shown her live work in Europe and South America and has worked with different groups and organisations in cities like Barcelona, Rotterdam, Brussels, Paris and Berlin. She has a degree in psychology and aesthetics from Universidad Catolica de Chile and a M.A. in media design from Piet Zwart Institute in Rotterdam. In 2007 she was a resident at the Theremin Center in Moscow where she was researching on sensors, radio and history of Russian technology based arts. She is based in Valparaiso, Chile, where she is developing a practice related to education and autonomy through electronic media.She is a PhD student at Westminster university in London where her focus of research is Antarctic landscape and the unperceivable intensities entangled to remote sites. Her noise act is focused on the production of affect through the use of minimal setups. Hers is an investigative performance about the dissolution of borders between self and other.