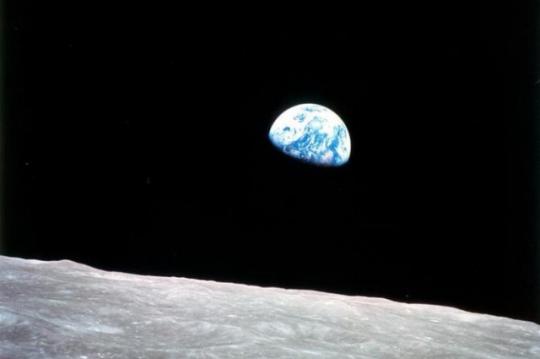 the Earth from Apollo

this text is appropriated from Parikka web.

"From some entries (“Anthropocene”, “Medianatures”, “The Earth”) for the forthcoming Posthuman Glossary, edited by Rosi Braidotti and Maria Hlavajova. The project and some of the entries were the topic of seminars during May/June in Utrecht in a row of seminars, and the book I believe is expected to be out later in 2016. Here’s one of the text – although in draft form (and not copy edited); a short text on the Earth. One can say topical for so many reasons: issues of climate change/disaster, as well as the perhaps linked enthusiastic discovery of Earth-like planets outside our solar system – a recurring theme in our current public discourse about space and science." Jussi Parikka

The Earth is a planet, of an age of about 4.54 billion years and defined by its geological formations, density, biosphere, hydrosphere and an atmosphere that sustains life. It’s more than a world for humans but an Earth that is defined by its life-sustaining conditions and its planetary relations (Woodard 2015). On a planetary level, it is one complex dynamic system where biosphere, atmosphere and many of the geological spheres interact; on an extra-planetary level it is as dynamic, part of the gravitational pull, periodic rotation, cosmic rays and the radiation of the sun. Buckminster Fuller coined it “spaceship earth” marking the speculative beginnings of post-planetary design: ‘We are all astronauts’ (Fuller 1969: 14) who spin in space traveling 60 000 miles an hour, in the midst of rich non-human life as well as the intensive relations to other planets and the sun.

The Earth is also a complex ecosystem where one should never mistake humans to be the centre of action but merely one part in a larger loop of processes. One way to refer to it is by way of a ‘holarchy arisen from the self-induced synergy of combination, interfacing, and recombination’ (Margulis and Sagan 1995:18).

Besides the life of the organic and the inorganic spheres, it is also a mediasphere by which we don’t have to think only of the Jesuit fantasies of the immaterial reality of cognition such as Teilhard de Chardin did–or what cyber culture then rehashed with a dose of Silicon Valley excitement–but the different visualisation systems that give us operational representations of the planet. This is the view of the Earth since the Vostok I-space flight in 1961: the first human that is orbiting the planet and able to describe the ground-detached view. It’s the Earth that features in the cover of the first Whole Earth Catalogue in 1968, and in the inside pages hailing the imagery of the satellite era: the necessary coffee table book of 243 NASA images, in full color, from the Gemini flights in 1965—for only $7. The Earth furnishes the home.

Our understanding of the Earth is mediated by a variety of representational techniques and is itself a product of the technological era. ‘They alone shall possess the earth who live from the powers of the cosmos’, quoted Walter Benjamin (2008: 58) in his short text ‘To the Planetarium’ from 1928, analysing technological ways of organising the physis – both the gaze upwards, and from up there, back downwards. The satellite based images of the Earth since 1960s and leading to the famous Blue Marble of 1972 (Apollo 17-flight) mark subsequent examples in the series of images that define the Earth from the space. The escape velocity (Virilio 1997) that allows accelerating objects from airplanes to space ships to leave the Earth’s gravity bound surface is also what then allows us to see the Earth from above. The old etymology of the Earth as eorþe referring to something different from the heavens and the underground gives way to a dynamic of vectors where the Earth becomes defined from the heavens. The energetic powers of acceleration transform into the visual survey from above. As Fuller puts it, writing in late 1960s, ‘However, you have viewed more than did pre-twentieth-century man, for in his entire lifetime he saw only one-millionth of the Earth’s surface.’ This media-enhanced understanding of the Earth seeps into the biological work of Margulis and Sagan even, when they narrate the new metamorphosis of visual epistemology that this technological thrusting and imaging brings about. It brings forth an imaginary of the orbital that is shared by satellites and astronauts: ‘As if floating dreamily away from your own body, you watch the planet to which you are now tied by only the invisible umbilicus of gravity and telecommunication.’ (Margulis and Sagan 1995: 18). They use such images and narratives to contribute to the idea of holarchic view where the human is part of the micro- and macrocosms. For them, the event is a sort of a planetary level mirror image that carries Jacques Lacan concept from babies to space: to perceive ‘the global environment’ as the ‘mirror stage of our entire species’ (Ibid.)

Much more than an echo of psychoanalytic stage for the planetary design, the mediated vision turned back on the earth itself was instrumental to a range of political, scientific and military considerations. Seeing the Earth from space was one such thing that had an effect on climate research (also impacted by the nuclear testing, see Edwards 2010). It had an effect on military planning and geopolitical evaluation. It opened up again a holistic view of the planet as one although at the same time as a complex system of non-linear kind. It contributed to a variety of cultural moods and movements. Even the gaze to the otherworldly away from the Earth was a way to sharpen the focus on the planet; But the technological gaze toward deep space with telescopes such as Hubble was never just about space and the interplanetary worlds. Geographical surveys benefited from the developed lenses and image processing of satellite-enabled remote sensing. (Cubitt 1998: 45-49) The perspective back to the Earth has enabled the fine-tuning accuracy of corporate digital maps such as Google Earth and a massive military surveillance system too.

The Earth is constantly targeted by satellites and remote sensing systems such as the Planetary Skin institute. The institute is one among many systems that offer polyscalar view of multiciplity of processes for analysis. It boasts with the ideal of reading these as “scalable big data” that benefits communities and can “increase, food, water, and energy security and protect key ecosystems and biodiversity” (quoted in Bishop 2016). Alongside systems as the Hewlett Packard’s Central Nervous System for the Earth (CeNSE) it creates real-time surveillance systems that intend more than mere observation. As Ryan Bishop (ibid.) argues, these are massive level systems for constant data-based interpretation of the various scales of the Earth that indeed define a specific corporate-security angle on a planetary scale.

Our relations with the Earth are mediated through technologies and techniques of visualization, sonification, calculation, mapping, prediction, simulation, and so forth: it is primarily through operationalized media that we grasp the Earth as an object of analysis. Even the surface of the earth and geological resources used to be mapped through surveys and field observation. But now this advances through remote sensing technologies (see also Parikka 2015). One can argue that they are in a way extensions of Leibniz’s universal calculus, which offered one way to account for the order of the earth, including its accidents like earthquakes (such as the infamous 1755 in Lisbon). But as the architect-theorist Eyal Weizman argues, this calculation of the Earth is now less organized according to the divine order of Christian Deity and more about the “increasingly complex bureaucracy of calculations that include sensors in the subsoil, terrain, air, and sea, all processed by algorithms and their attendant models.” (Weizman, Davis, Turpin 2013: 64) Also practices of meteorology are to be understood as such cultural techniques and media operations that order the dynamics of the sky as analyzable data. The terrestrial opens up through what circulates above it, the atmosphere becomes a way to understand the ground and the orbit is where the understanding of the Earth begins by way of massive data-driven remote sensing systems. The nomos of the Earth that defines its geopolitics is one that reaches out to the heavenly spheres as much as to the multi-scalar data-intensive operations (see Bratton 2015).

Benjamin, W. (2008) ‘To the Planetarium.’ In Walter Benjamin, The Work of Art in the Age of its Technological Reproducibility and Other Writings on Media. Cambridge, MA: Harvard University Press, 58-59.

Bratton, B. (2015) The Stack. On Software and Sovereignty. Cambridge, MA: The MIT Press.

Fuller, B. (1969) ‘Operating Manual for Spaceship Earth’ Online at http://designsciencelab.com/resources/OperatingManual_BF.pdf (originally published in 1968).

Woodard, B. (2015) ‘Less World to be Ourselves. A Note on Postapocalyptic Simplification’ E-Flux Supercommunity, August 6, http://supercommunity.e-flux.com/texts/less-world-to-be-ourselves-a-note-on-post-apocalyptic-simplification/.

Frontiers of Solitude Symposium
The international symposium Frontiers of Solitude, organized as part of the eponymous art project site will offer a comparison of the opinions, experiences, and points of view of artists, curators, and invited guests on the the …