The Faculty of Art and Design at JEPU is organizing an interdisciplinary conference named Landscape in Focus, which is a part of the exhibition Epiphany – Frontiers of Solitude, organized by the House of Arts (Dům umění).

Both the conference and the exhibition loosely follow the topics of the international project Frontiers of Solitude, organized by Školská 28 Gallery in Prague, which mapped the problems of the connectedness of post-industrial societies and the natural environment of Iceland, Norway, and the Czech Republic from an artistic point of view. The focal point of this conference is the North-West Bohemia region with its specific latent problems from the exploitation of its landscape and natural resources, which is reflected not only in the state of the environment, but also in the socio-cultural development of the communities that live there. The persistent after-effects of the political-economic orientation regarding the exploitation of the landscape and the cultural potential of the region, combined with the historical context of the loss of its original inhabitants, are still apparent in all spheres of social life today.

The topics of the conference thus reflect the links between economic, biopolitical, cultural, and ethical problems and their influence on the tendencies of regional development in confrontation with issues of international scope. We welcome entries from various scientific fields studying environmental topics, as well as entries of contemporary art, artistic reflection and curatorial approaches.

First block: The Transformations of Landscape at the turn of the 21st century and their Impact on Society

10:35 – 11:05 Ing. Rut Bízková – New societal challenges as a consequence (or the cause of?) new technological possibilities

What does it feel like to live on the edge of a brown coal mine?

11:45 – 12:15 Josef Märc - On the border (the options for education through cultural-historical heritage)

Transition of Landscape, Urbanism and Architecture in Towns of North Bohemia from 19th Century till Today

Afternoon block: The Transformations in Art and the Landscape in the Anthropocene Epoch

Traces of the Anthropogenic impact on the landscape, including global terrestrial systems, can be found almost everywhere around us. They are affecting the fields of ecology, economics, geopolitics, ethics, philosophy and art, but they also influence our daily lives. For centuries, the Christian tradition has linked the land with the realm of externalities and has perceived land as a vast territory, ready for (aggressive) human colonisation, appropriation, exploitation and subjugation; and as a space to be operated, managed, civilized, maintained, and finally “improved” by humankind, with continually expanding “limits of growth”. With the western technology-power-paradigm acting in global hegemony, we are brought to the limits of sustainability. These lectures will raise questions about the relationship of the sacred and the profane, the sacrificed, enchantment and disenchantment, local and global, rational, irrational, and empathetic. A series of lectures and presentations by theorists and artists that present the wider context of the exhibition and the project Frontiers of Solitude. Such binary constructs as natural and cultural, space and place, value, environment, labor and goods, landscape and wilderness, management of the land, farming and industrial exploitation for (fossil) resources are quickly losing their validity. The Anthropocene confronts art and artists with evidence of the processes. These occur not only on the surface, but also deep in our beliefs, imaginations, feelings.

Images of a threatened world in contemporary art have different forms and intensity: the poetics of landscape of ruins, of spectacular wastelands, the beauty of destruction can be interpreted as a moral appeal for change, or as a subconscious attempt to return to the archaic rituals of sacrifice, rebirth, redemption. The “Sacramental” of the modern age was based on the goal of defeating religion and superstition, in accord with technology, science, geo-engineering, the promise of continuous increase of welfare, and redemption through the accumulation of capital. Today we are facing a triumphal conclusion of this process of desecration - the “Age of Man” - “Anthropocene”. If we see attempts to return to the “sacred”, we often encounter regression, aggression, a return to tribal thinking, as well as how to escape to “harmonious” virtual worlds. Is there a third way left for artists (and for us)?

Curtis will present Antipodes (2013) – an online photographic and motion-image work included in the Epiphany exhibition. The Antipodes website observes the planet through a series of webcams focused on the 4% of the earth’s surface in which land is antipodal to land. For exactly one year the website was constantly updated with freshly captured live webcam images. Over two million such images now make up this huge browsable archive. Forging visual and notional connections between points on the globe that are as far apart as can be, results in a juxtaposition of opposites, such as day/night and summer/winter, while revealing surprising similarities in geology, architecture and culture. Curtis will discuss the making of Antipodes, highlighting her inspiration, the rationale behind the work, and some of the interesting discoveries she made while creating it. She will also introduce the other artworks created from the continuous flow of images captured by the Antipodes website, including a series of time-lapse videos, an installation of live webcam feeds, drawings depicting antipodal geographies, and a series of photographic diptychs.

“Not isolated mankind, it is the Earth that is truly intelligent, …” David Abram

To be able to approach effectively current environmental and other issues threatening our planet, we need to abandon the stubborn dichotomy between mankind and the Earth; we must stop perceiving the Earth as a commodity, but rather as a meaningful entity, our real home and a community of beings, from whose enormous evolutionary agency we emerged. The Earth still nourishes and supports us, maintains the coherence to our senses and our mind, the Earth is the source of our emotions, spirituality, art - we need it not only for physical survival, but also for our psychic health and imagination. In the framework of the projects Paths of Poetry and Errant University of Nature the Pilgrim Associations is searching for how to reconnect with the Earth - to learn to listen to nature again, to perceive it as our partner and a great teacher. How can we realize that people are part of a large chain of life and this chain can lead to a new Ecozoic Era, which will be based on the mutual benefit between Earth and Humankind. I will introduce the five conditions for the emergence of the Ecozoic Era, as articulated by the cosmologist Thomas Berry. I will point to the work of one of the founders of ecological art Helen and Newton Harrisons. In their inspiring project “Peninsula Europe” can be seen how current creative approaches can, in the scale in which they take place, address major challenges posed to us by climate crisis, and how to try to think as a planet.

Chaney will present examples from two recent projects undertaken in the UK: ‘FIELDCLUB’ – where Chaney attempted to live in a small cabin and grow his own food for seven years, and ‘Lizard Exit Plan’ – where Chaney designed a system for 9,000 people to live outside of the system of global production and commerce. Both projects explore post-capitalist and post-apocalyptic approaches to the landscape and its utility.

4:50 – 5:20pm Listening to the Sounds of Places in Transformation Peter Cusack soundartist and researcher [UK]

We are more used to discussing places and how they change through reference to what is seen rather than to what is heard. But listening to the sounds of places in transformation can be equally valuable. Sound gives an additional layer of information that is complimentary to, but different from, visual images and language. This talk will use examples from recent projects around the Aral Sea, Kazakstan, and in the lignite mining areas of the Czech Republic to make the case for listening to and making sounds as a way of exploring landscapes, both physical and social, in transition.

Selected texts will be used for an authorial monograph published by the Faculty of Art and Design at JEPU in Ústí nad Labem.

Peter Cusack works as a field recordist with a special interest in environmental sound and acoustic ecology. His projects have included community arts, research into sound and our sense of place, and documentary recordings in areas of special sonic interest (Lake Baikal, Siberia). …

Jiří Zemánek PhDr is art historian, ethnographer, curator and journalist. His interests include the overlaps between artistic creation, ecology and spirituality, issues of paradigm shift and the emergence of a new integral culture. He is translator and editor in the fields of deep ecology, geomancy, integral culture and neo-cosmology. He is an associate of the Prostor arts review and initiator of The Pligrim Asociation …

Paul Chaney (born U.K. 1974) is a self-taught artist researching through a mix of participatory and durational art practices both local and global in scale. He lives and works in Prague, Czech Republic and in UK. Recent solo shows and projects include: Lizard Exit Plan, The Sun is Black, Museum of Art and Design (Benesov, 2012), and Divus (Prague, 2011); The Lonely Now, Goldfish (Penzance, 2008). Selected Group Shows: TURBOREALISM – Breaking Ground, IZOLYATSIA Center for Cultural Initiatives (Ukraine 2013); FIELDCLUB and Friends – Late at Tate St Ives (2011); In Abundance, Kestle Barton (Cornwall, 2011); Garden Marathon, Serpentine Gallery (London, 2011), Art and War in the Last Resort, Kettle’s Yard (Cambridge, 2011), and PEER (London). Curatorial work includes delivering a programme of art events and residencies in Falmouth and London for Urbanomic 2009-2010 and in 2012, the establishment of the London HQ of DIVUS – Czech art publishing house. …

Layla Curtis’ Antipodes is an ongoing online and photographic project that pairs webcam images from places at the opposite ends of the globe. Antipodes is built around a deceptively simple premise. Take two points on the earth’s surface, as far away from each other as it is physically possible for them to be, and watch them, unblinkingly, for a year or more. It is an exercise in attention, a kind of aesthetic surveillance; it is also a study of opposites. … 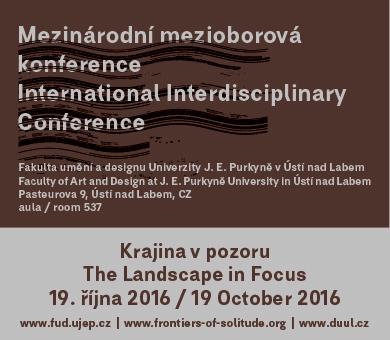 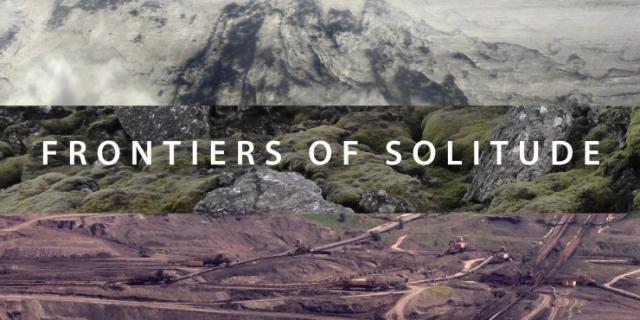 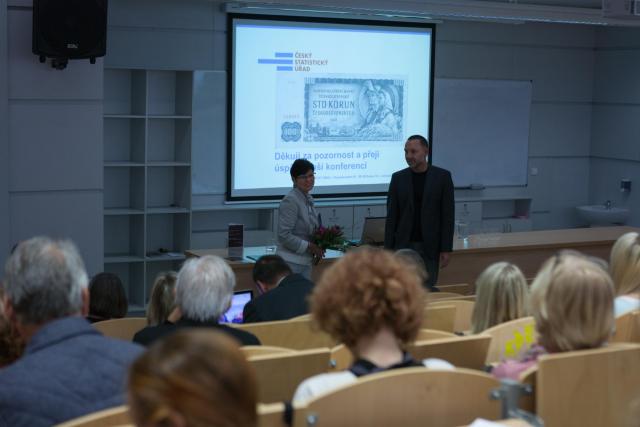 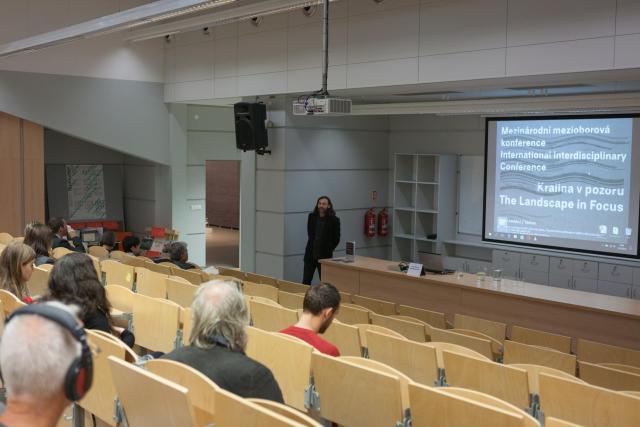