Once soil was a fundamental source of livelihood and its ownership was desired by all. After the first and the second industrial revolution are money produced in completely different way. But we are still living products of agriculture, even if it became a marginal and despised sort of enterprise. Nevertheless, subjective love towards land and plants still continues, whether in the form of gardens or flowers.

Stanislav Komárek (b. 1958, Jindřichův Hradec) is a professor in the Department of Philosophy and History of Sciences at the Faculty of Science, Charles University Prague. He is also a writer and essayist. He also holds a degree in biology from the Faculty of Biological Sciences of Charles University. He was briefly employed at the Institute of Parasitology of the Czechoslovak Academy of Sciences in České Budějovice, after which he opted for exile in Austria. He lived there as an émigré from 1983 to 1990, working in Vienna, first at the Museum of Natural History, and then later at the Austrian Ministry of Agriculture, and ultimately at the Institute of Zoology of Vienna University.

Currently Komárek is professor in the Department of Philosophy and History of Sciences at the Faculty of Science of the Charles University, Prague.

Scientific and pedagogical specialisation: the history of biology and other sciences, the relations of nature vs. culture, mimicry and biological aesthetics. 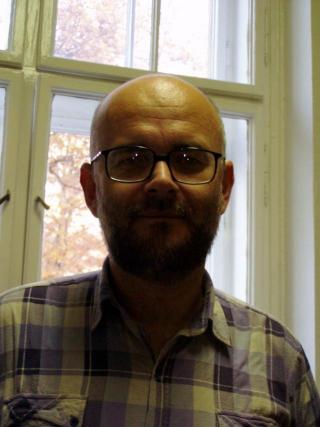