An exhibition and symposium created within the framework of the international transdisciplinary project Frontiers of Solitude.

.. there are many, many other worlds, yes, but they are all hidden within this one. And so to neglect this humble, imperfect, and infinitely mysterious world is to recklessly endanger all the others.
Earth in Eclipse-an Essay on the Philosophy of Science and Ethics
David Abram

Aside from its biblical, gnostic, or metaphysical meaning, the term epiphany also raises issues concerning the relationship between humans and nature and the boundaries of thought, belief and epistemology. Where does the sacred lead and where does the profane begin? Where does the revealed come from, and what does it consist of? The idea of revelation and its embodiment affects our relationship with the sacred, as well as our neighbors, and also our sense of belonging to a physical world, which we are increasingly remaking in our image. What kind of image is it? We will need to reevaluate our technological approach to the environment, which we understand reflexively as an inexhaustible deposit, a source of energy, as a free reservoir for exclusively human use.

A criticism of “disenchantment,” of the alienation of humankind toward the biological world, is found in different areas of contemporary science, humanities, religion, philosophy, economics and art. It is becoming evident that this is a dangerous and complex cluster of values, interests and assumptions, providing the elites with access to unimaginable wealth, and sacrificing the rest of the biosphere, edging us nearer to the environmental extreme of physical survival.

The project Frontiers of Solitude develops this discourse. The exhibition and the accompanying program serve as an attempt to outline the relationships among the cultural, economic, and ethical issues of the environmental challenges we currently face. In 2015, Frontiers of Solitude launched three separate expeditions to ecologically threatened areas of Europe. In addition, the project has offered a series of exhibitions, meetings, workshops and symposia. The expedition “Into the Abyss of Lignite Clouds” took place in the Most lignite coal basin in the Czech Republic. The participants researched the morphology and the history of this region -- a landscape that has been heavily transformed to a depth of several hundred meters by industrial exploitation. The toxic Black Triangle, which is defined roughly as a carbon-rich area between Sokolov, Litvínov, Bad Brambach and Katowice, has softened its boundaries somewhat since 1989, and, on the whole, has grown.

In this extended form, the project focus shifts to both local and global contexts through a selection of works by several Czech and foreign artists, whose approach resonates with issues that the project raises: Steina Vasulka [IS], Layla Curtis [UK],, Michal Kindernay and Paul Chaney [UK]). These works are enriched by a few contextual interventions and artifacts, such as a selection of apocalyptic documentary photography from the series of Ore Mountains landscapes by Josef Koudelka (Black Triangle-1990-1994), as well as a stage-design-like intervention by JSD - Peerless Brotherhood of the Holy Nurture from The Universal Psychiatric Church 316a (UPSYCH) in Kuřivody.

The exhibition outlines the cross-connections among various social, psychological, mythical, economic and cultural landscapes. The works reflect the process of a larger-scale globalization and touch not just upon the perspectives of geology, meteorology, energy and ethics, but also try to penetrate into the lower depths of the demonology of the landscape of the 21st century.

An accompanying program and an interdisciplinary symposium will be dedicated to the problems of Art and the Anthropocene, and is scheduled for October 19, 2016.

The schedule and program of the symposium The Landscape in Focus will be announced as soon as possible.

Martin Zet is a Czech visual and performance artist. He lives in Lubušín near Kladno and works at The Faculty of Visual Art at the Technical University in Brno as head of the video departement. He enlists the aid of replicas of specific visible features to reference their meaning. …

Julia Martin is a German visual artist and landscape architect who lives in Seyðisfjörður, Iceland. She acts as local project curator and as a guide for the Iceland expedition. …

Robert Vlasák is a visual artist and sculptor with an interest in such concepts as equilibrium. He explores visualisation and sonification, as well as the mechanical and optical aspects of objects. …

Pavel Mrkus is a visual artist who makes use of digital moving images, sound and space. He graduated from the Academy of Applied Arts in Prague. For several years, he taught at the University in Toyama in Japan. His work makes use of digital technologies in an attempt to intermediate between the spiritual traditions of western Europe and the East. …

Elvar Már Kjartansson is a sound craftsman and explorer. Under the name of Auxpan he creates musical experiences in which soundbites, rhythmic patterns produced by self-developed devices, and field recordings come together in an experimental and highly personal sound experience. …

By occasion of the Frontiers of Solitude in Ustí nad Labem JSD and SGS will reveal a section of The Research Hydrobiological Laboratory, operating in the Universal Psychiatric Temple 316a (UPSYCH) institution. The archive of water samples collected mainly in the district of North Bohemia and The Ore Mountains - from rivers, creeks, paddles, and wetlands - clean and polluted will be displayed for public. A brief Outline of the Activities of the Nourishing Brotherhood of the Holy Nurture (JSD) and General Staff of the Geist (SGS) …

Paul Chaney (born U.K. 1974) is a self-taught artist researching through a mix of participatory and durational art practices both local and global in scale. He lives and works in Prague, Czech Republic and in UK. Recent solo shows and projects include: Lizard Exit Plan, The Sun is Black, Museum of Art and Design (Benesov, 2012), and Divus (Prague, 2011); The Lonely Now, Goldfish (Penzance, 2008). Selected Group Shows: TURBOREALISM – Breaking Ground, IZOLYATSIA Center for Cultural Initiatives (Ukraine 2013); FIELDCLUB and Friends – Late at Tate St Ives (2011); In Abundance, Kestle Barton (Cornwall, 2011); Garden Marathon, Serpentine Gallery (London, 2011), Art and War in the Last Resort, Kettle’s Yard (Cambridge, 2011), and PEER (London). Curatorial work includes delivering a programme of art events and residencies in Falmouth and London for Urbanomic 2009-2010 and in 2012, the establishment of the London HQ of DIVUS – Czech art publishing house. …

Koudelka's photographs in Black Trinagle series "show a devastated countryside, a war zone of blasted trees and vegetation, a landscape as atrophied and as wrecked as anything in a Paul Nash painting of the Somme. Pulling out the accordion fold, one is faced with an enormous panorama of destruction. The gouged earth and felled trees make a powerful impression, and here and there in the images trails of smoke rising up on the horizon tell us that the power stations are still wreaking their environmental havoc". …

The audiovisual Installation Orka expresses motion, a motion that runs counter to the laws of physics and the “frame-bound image”. The overriding formal orchestration of image events and their relatedness resembles the composition of a visual symphony. Steina describes the roots of her visual thinking, expressed in paradoxical events and free-floating imagery: “Since my art schooling was in music, I do not think of images as stills, but always in motion. My video images primarily hinge upon an undefined sense of time with no earth gravity. …

Michal Kindernay is an intermedia artist, curator and performer. His audio-visual installations interconnect art, technology and science. He reflects ecological issues through various technological approaches in relation to nature environment. …

Layla Curtis’ Antipodes is an ongoing online and photographic project that pairs webcam images from places at the opposite ends of the globe. Antipodes is built around a deceptively simple premise. Take two points on the earth’s surface, as far away from each other as it is physically possible for them to be, and watch them, unblinkingly, for a year or more. It is an exercise in attention, a kind of aesthetic surveillance; it is also a study of opposites. …

The topics of the conference reflect the links between economic, biopolitical, cultural, and ethical problems and their influence on regional development in an encounter with issues of international scope. We welcome entries from all scientific fields dealing with environmental topics, as well as those in contemporary art, artistic reflection and curatorial approaches. …

The head coordinator of Frontiers of Solitude, sculptor and curator Dagmar Šubrtová lives and works in Kladno, where she is continually confronted with the environment of an industrial landscape. … 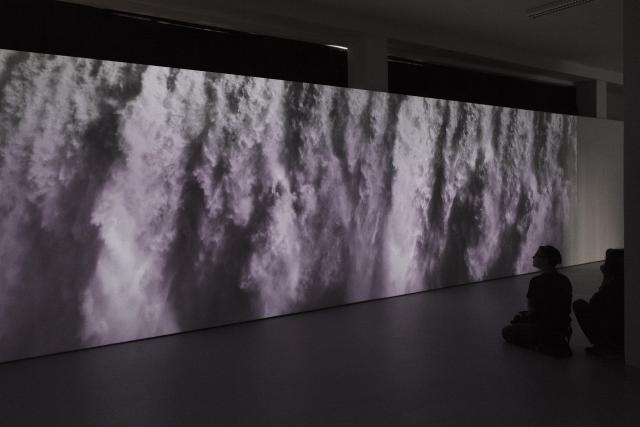 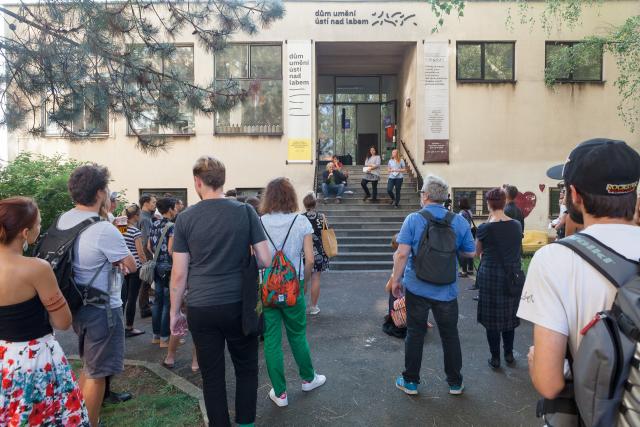 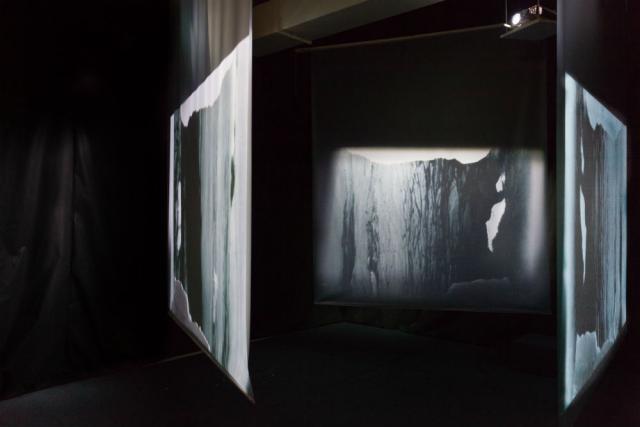